You Are Here:Home / Technical / Our Hands are Tied…What Auditors MUST Report
Technical May 8, 2019

Our Hands are Tied…What Auditors MUST Report

Wouldn’t it be great if you understood how an auditor arrived at the conclusion of having to notify the ATO of a fund breach? Today, we open up the curtains and show you the guidelines that all auditors MUST adhere to.

The following tests establish what contraventions an auditor must report to the ATO: 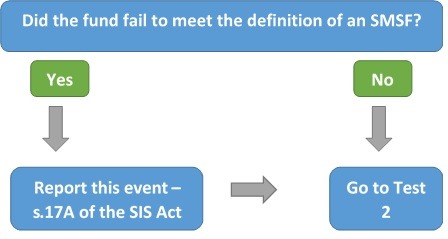 Examples that would result in a fund failing to meet the definition of an SMSF include: 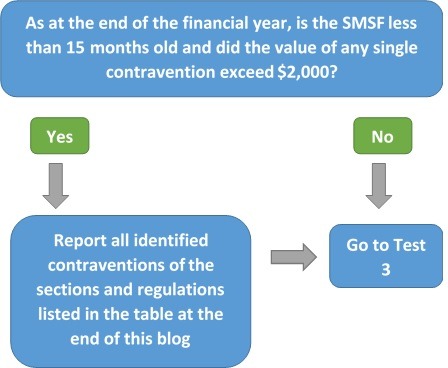 It could be very easy for a fund to mistakenly have a $2,000 breach. Here are some of the common breaches we see for first year funds:

It is very important your new trustees are aware of the rules, and particularly in the first 15 months of the funds establishment!

The 15 months is measured from the establishment date of the fund. A fund is generally established on the date it first holds any assets. 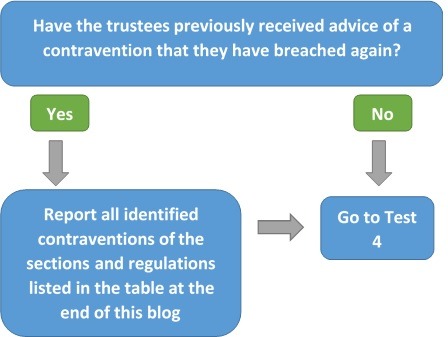 A contravention must be reported to the ATO where the trustees have previously received advice of a breach within the fund and, after receiving this advice, they breach the same section or regulation in the subsequent year’s audit. For example, the trustees may have received a management letter in the prior year’s audit, and subsequently been in breach of the same section or regulation in the next year’s audit. 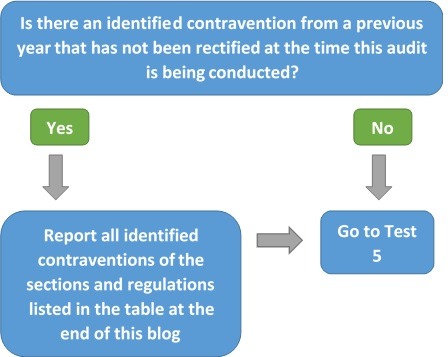 Where a fund had a breach in a previous year’s audit, if that breach remains outstanding when completing the following year’s audit, a contravention report must be issued.

A statutory time period refers to periods prescribed in the SIS Act and SIS Regulations. Examples of this include: 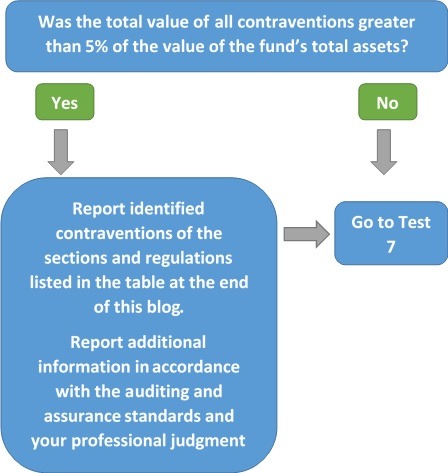 Both breaches individually represent less than 5% of the fund’s assets, however, due to the fact that both breaches occurred in the same financial year, the amounts must be combined.

Because the combined breaches represent over 5% of the fund’s assets (7% minus 5%, equals 2% over the reportable threshold), both breaches MUST be reported.

Both breaches individually represent less than 5% of the fund’s assets, however, due to the fact that both breaches occurred in the same financial year, the amounts must be combined.

Because the combined breaches represent over 5% of the fund’s assets (7% minus 5%, equals 2% over the reportable threshold), both breaches MUST be reported. 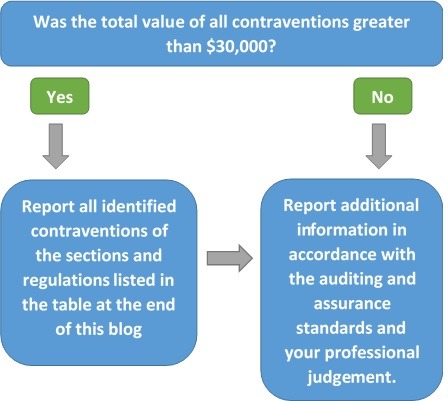 Where a fund has a breach and passes test 6, there is a chance they will be caught under this test.

For example, if we look at our in-house asset case in the prior test example, the fund would fail to pass this test because the reportable in-house asset amount exceeds $30k (reported at $40k).

Further information regarding the auditor reporting guidelines can be found here.

Auditors are also encouraged to report contraventions and other information they believe will help the ATO perform their function as the regulator of SMSFs. Where auditors are unsure on whether to use professional judgement, they are encouraged to refer to the auditing and assurance standards.

Guidance Statement GS 009 Auditing Self Managed Superannuation Funds was issued by the Auditing and Assurance Standards Board in August 2011 to assist SMSF auditors in fulfilling the objectives of the audit. It includes explanatory details and suggested procedures on specific matters for the purposes of understanding and complying with auditing and assurance standards.

The auditor can use this Guidance Statement to assist with making professional judgements.

The table below summarises the list of reportable sections and regulations used for the above tests.

To stay in the loop, follow us on Facebook, LinkedIn, Twitter and Instagram.
For any technical questions, or to find out about how our services can support your business, call our team on 03-5226 3599 or email contact@superaa.com.au.

Acquiring Assets from a Related Party – What is OK?