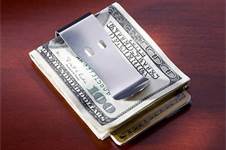 The Treasury has released draft legislation into the taxation of superannuation fund assets upon the death of a member.

Under the current legislation, investment earnings derived by a self-managed superannuation fund (SMSF) from assets supporting pensions are exempt from tax.
A draft ruling released by the Tax Office in 2011 led to uncertainty amongst trustees and members of SMSF’s over the eligibility for this exemption following the death of a member receiving a pension from their SMSF.

According to the Tax Office, a pension ceases automatically upon death of a member, after which tax may be payable by the fund upon the transfer of assets to beneficiaries.

The Government announced on October 22, 2012 that it will amend the law to allow the pension earnings tax exemption to continue following the death of a pension recipient until the deceased member’s benefits have been paid out of the fund.

Following the Government announcement, Treasury has now released draft legislation and is inviting interested parties to comment on the exposure legislation.  The measure will apply to the 2012/13 and later income years.